Wondering where to find hard cider in Seattle? We’re two cider enthusiasts here to help you track down the best cider in Seattle. And believe us, there’s a lot to choose from. Whether you’re looking for a spot where you can try seventeen different ciders from the same producer, or craft a flight from 40+ different options, all color-coded from dry to sweet to help you find the right cider for your preferences, you’re in the right place.

Here are four places to find cider in Seattle that actually make their own cider, rather than bringing it in from other places.

Okay, the first one on the list is an exception. Whoops. Schilling Cider House in Seattle’s Fremont neighborhood is our favorite cider bar in Seattle, hands down.

I say that they’re an exception because they both make their own cider, and bring it in from other places. They have a whopping 30-40 different ciders on tap, including their own, a wide range of local ciders from the Northwest, and occasionally some fun ciders from beyond the region.

If that wasn’t enough, they ALSO have a huge bottle selection with all sorts of fun and interesting ciders, again with a selection of Schilling Ciders (we love the Grapefruit and Chill and the London Dry) in cans and bottles, along with what might be the best cider-specific bottle shop in Seattle, featuring all sorts of ciders from the Pacific Northwest and beyond to take home with you.

The menu is helpfully color-coded from dry (blue) to green (sweet) to make sure you find the right cider for your tastes. But you should definitely get a flight of six to try a bunch while you play board games and enjoy conversation with your companions.

We bring almost every visitor to Seattle to Schilling whether they like cider or not, and they usually end up liking cider by the end of the night.

Seattle Cider makes approachable and drinkable ciders in cans that you can find pretty much everywhere in Seattle these days, but the real fun begins when you go to their industrial taproom in SoDo, where they share a space with Two Beers Brewing Co.

My fondest memory of Seattle Cider is when we visited around the holidays and I asked about a seasonal cider they had on tap. The bartender goes “oh yeah, we literally just stuck a Christmas tree in with the cider to see what happens.” So I ordered it, because who doesn’t want that, and it was truly like being slapped in the face with a Christmas tree, but much more pleasant. Although, I’ve never been slapped by a tree, so I guess I can’t really say.

We really enjoy their Pineapple Agave, which is semi-dry and a delicious summer cider, and trying some of their more experimental ciders that they have on tap.

A newcomer! First of all, whoever did the branding for Yonder Cider deserves a gold medal (coming from a former brand marketer in the food & beverage space). We love it.

“Whether it’s a hammock, a hike, or a hole-in-the-wall, Yonder is a place where you’re welcome. Over Yonder, every possibility is just within reach — and something beautiful is just around the bend.”

Yonder uses apples from the fertile Wenatchee valley, which is prime apple-growing territory in Washington State. I’d be willing to bet money that you probably have eaten an apple from there in the past year, even if you don’t live in the Northwest.

They use a blend of bittersweet and dessert apples to craft their ciders, and it comes through in the way that their “normal” ciders – the dry and the semi-sweet – are more complex than some of their competitors. Their seasonal ciders – the Palisades, made with blackberries and sage, and the Cashmere, made with cranberries and cherry – were the highlight for us. They were REALLY good.

The other thing that’s cool about Yonder is their storefront, which is actually just a garage in Phinney Ridge just north of Seattle. Now, when I say “a garage,” you might be thinking it’s not ACTUALLY a garage. But no, it’s a garage, and it’s awesome. There, you can get crowlers of their ciders – usually including their flagships, a seasonal, and a special one. And you can buy merch, which as you can imagine is impeccably designed.

The specialty cider when I was there was a Roxbury Russet single varietal that was very tannin-y and bitter, but in a good way.

I have mixed feelings about Locust Cider, but they definitely deserve a spot on this list.

On the positive side, they have a ton of convenient locations, including one right at Pike Place Market, one in Ballard, and one on Alki Beach.

On the not-so-positive side, we just don’t really like their cider because it’s sweeter than we prefer. So it’s kind of hard for us to write about without that piece coming through.

If you like ciders on the sweet side, you’ll probably enjoy Locust. I will say that we enjoyed a couple of their summer seasonals – the Pineapple Smoked Pepper and the Rosemary Plum – even though they were a tad too sweet for us.

I will say that their taprooms are bright, fun, and the one in Ballard has pinball machines! It’s a fun place to spend an afternoon, and they usually have a few interesting ciders on tap that you won’t find anywhere else.

The spots below are bars in Seattle that have a good cider selection, though they don’t make their own cider, and cider might not even be their primary focus.

In this case, cider is their primary focus. Capitol Cider has 20+ taps of cider at any given time, and also happens to be one of our favorite gluten free restaurants in Seattle. They were the first cider bar in Seattle that I can remember ever going to, and they’ve been a staple on our Seattle trips since I can remember. In fact, the first time I brought Alysha to Seattle, this was one of our first stops!

They have an upstairs area, which is more akin to a restaurant, and a downstairs bar with all sorts of board games and a distinctive “pub” feel.

The food is pretty good too, though it’s on the expensive side because it’s 100% gluten free.

The Noble Fir is a light and airy bar in Ballard with a selection of local ciders, mostly in bottles in cans. This was the first place I ever tried the Finnriver Black Currant, which is one of my favorite ciders of all time to this day. It’s a good spot to grab a drink if you find yourself in Ballard and are craving cider.

Dark and dingy, or dark and romantic? Which is it? I think romantic.

Brouwer’s is a Belgian beer bar in Fremont, but they also happen to have a great cider selection. The first time I tried Sea Cider, which is a must-stop on any cider-lovers Vancouver Island itinerary, was here. They usually have a bunch of cider options in bottles from the likes of Finnriver, Alpenfire, and Sea Cider, along with one or two on tap.

Places to Buy Cider in Seattle

If you’re looking to buy some cider in Seattle, either to enjoy at home or take home with you, here are three places to check out with an extensive selection of local ciders in bottles and cans.

Schilling Cider is a really good place for this too, which I already mentioned above.

Full Throttle Bottle Shop: A bottle shop in Georgetown with what I think is the best cider selection in Seattle, hands down. They had a bunch of new and interesting ciders that I hadn’t seen elsewhere.

Chuck’s Hop Shop: Primarily a beer shop, they also have a good selection of ciders (though nothing mind blowing). They have locations in both the Central District, just east of Cap Hill, and Greenwood.

The Beer Junction: A beer shop in West Seattle that also has a good cider selection. They usually have a couple on tap, along with a bunch of bottles and cans.

You can also find a solid selection of cider at higher end grocery stores like Metropolitan Market, PCC, and, of course, Total Wine & More. But we think you should totally support the small local bottle shops above!

That’s all we’ve got for the best cider in Seattle!

Looking for more Seattle travel guides? We’ve got you covered.

I love the Olympic Peninsula. At the western edge of Washington State, temperate rainforests and mountain peaks meet sandy beaches, forming one of the most diverse areas on the West Coast, if not the entire country. The claim to fame for this part of Washington State is Olympic National Park. The park is one-of-a-kind. Believe… 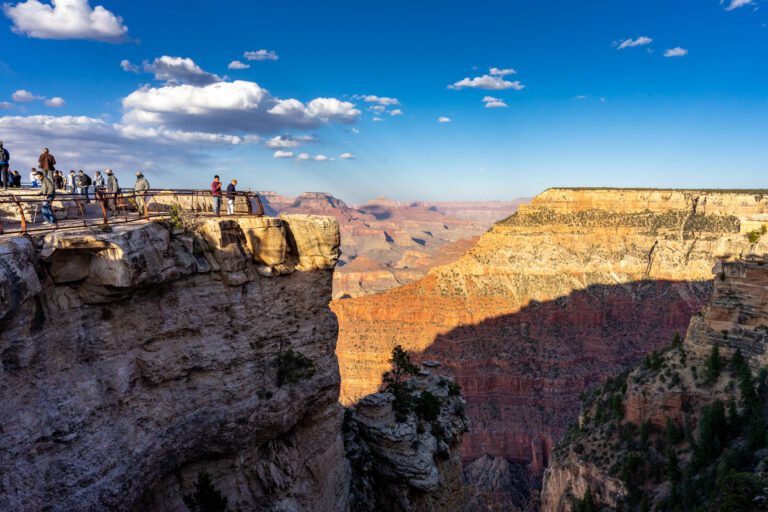 The Grand Canyon is unbelievable. When you walk up to the canyon rim on a sunny day – preferably with a bright blue sky and puffy white clouds – the reds, oranges, and yellows of the canyon look fake. The way that the canyon changes as you traverse the rim is also fascinating. At some points,… 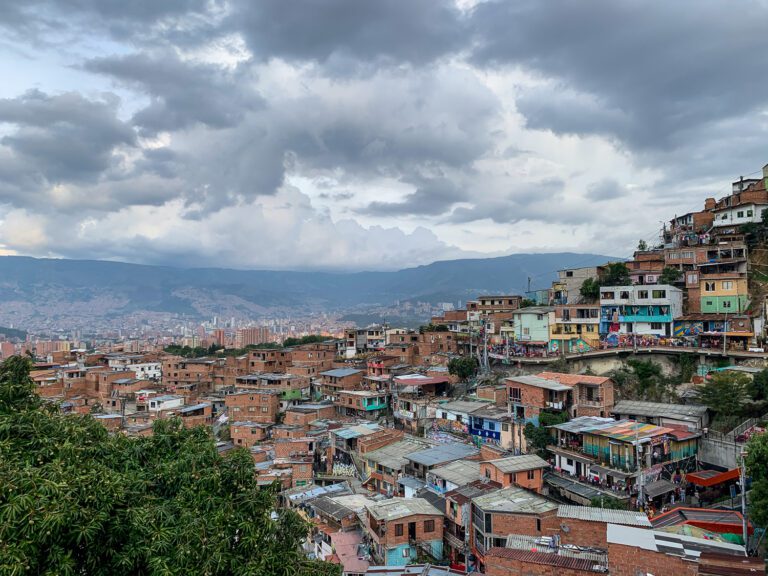 Medellin was our favorite big city in Colombia. On our six week Colombian adventure that took us all over the country, exploring from Bogota to the Caribbean Coast, we found ourselves in Medellin twice. In total, we spent 9 days in Medellin, and it has everything I love in a city. Great public transit (including… 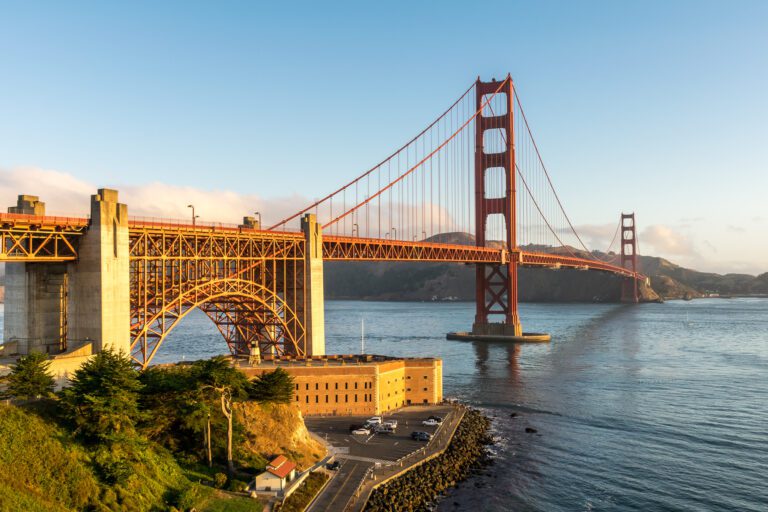 Ah, San Francisco. San Francisco holds a special place in both of our hearts. First of all, we met in San Francisco, which should probably count for something. But beyond that, many of the milestones in our relationship took place in the City by the Bay.  We went on our first date in San Francisco… 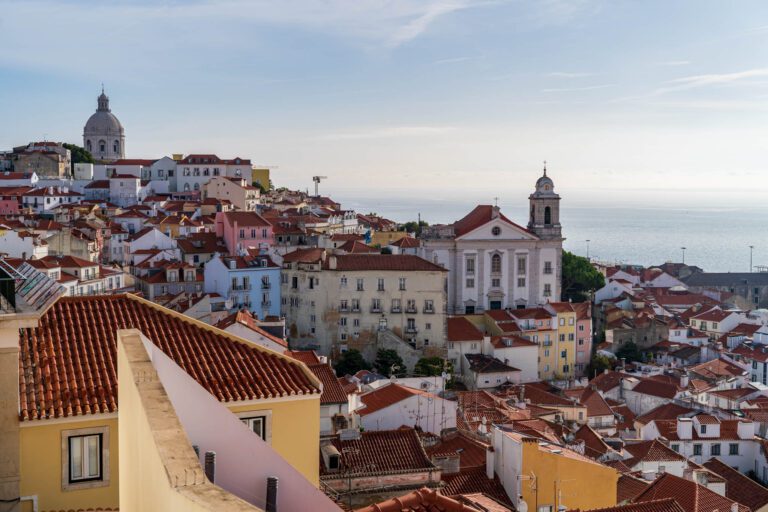 Lisbon is a wonderful city, full of rich history featuring a diverse cast of characters who have undeniably left their mark on Portugal’s capital. One of the things that makes Portugal a great food city is their access to fresh ingredients, whether it’s the farm-fresh fruits and vegetables coming in from the fertile farmland nearby,… 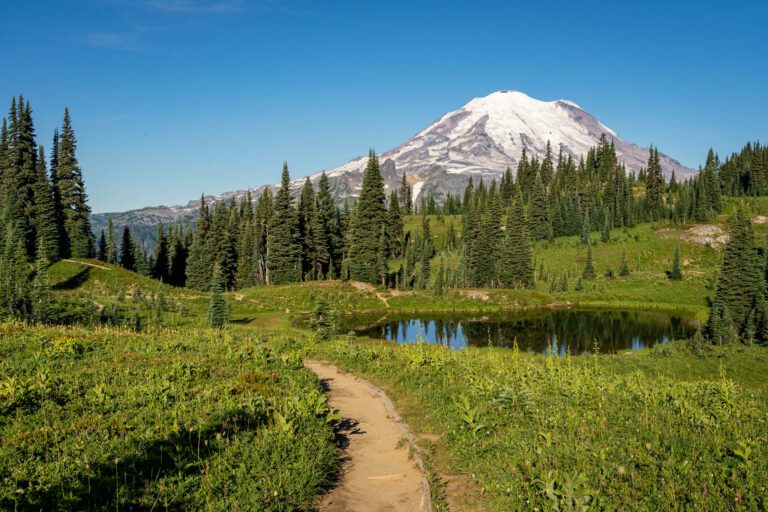 Despite growing up in Washington State in the Seattle area, I (Matt here!) had never spent much time exploring the hiking trails in my home state until the past several years when Alysha completed her goal of turning me into “Mountain Matt”. If you had asked me a few years ago, I never would have…