I distinctly remember the first time I even considered drinking gluten free hard cider. I was in London at a pub downtown on the first night of a 2 week European adventure with my two best friends, and I had asked the bartender if they had anything that was gluten free – like wine or vodka.

He responded with a list of things I could potentially drink, and ended with “Oh, and we have this cider too” as he reached into the fridge behind the bar and pulled out a Strongbow Cider. “It’s gluten free, my sister has coeliac disease and loves it.”

Let’s pause here – I was about five years into being diagnosed with celiac disease, I was 23 years old, and I had never considered drinking cider before. Why? Because “real men” drink hard liquor and beer. Even wine was something I avoided unless it was a big, bold red Cabernet Sauvignon. You know, like the one Charles Shaw makes.

Back to London – when in Rome, right? I went for the hard cider and took the sip that would change my outlook on gluten free alcohol.

To be honest, the realization that started at that pub in London really changed my life in an even bigger way. It made me realize that you shouldn’t do things just because of perceived expectations. Fast forward five years and here I am, opting almost exclusively for gluten free hard cider, white wine, rose, and champagne.

When I go to a cocktail bar with Alysha, my fiancé, the bartender almost always brings our drinks, hands me the manly-looking whiskey drink, and hands her the pink tequila drink. “Oh, that one is actually mine” I say as I grab my deliciously fruity pink drink and proceed to drink it with my pinky up.

Moral of the story: life’s too short to drink things that aren’t delicious. So grab a cider, sit back, and enjoy this guide to some of my favorite gluten free hard cider brands in the US.

Want to travel the world gluten free? Check out my Celiac City Guides – in depth, detailed gluten free travel guides for cities around the world like Paris, Rome, and New York City.

If you’re saying to yourself “Yeah Matt, I already know all about cider,” head over to my post on the 10 Best American Cider Brands of 2019.

Before we get into some of my favorite hard cider brands to check out, first thing’s first – is hard cider even gluten free?

The answer is “it depends.”

Generally speaking, the vast majority of hard ciders are gluten free, because they are made of a combination of fruit juice (usually apple, but sometimes you’ll see pear and even plum), inclusions for flavor (like hops or pineapple), and sometimes yeast.

A lot of ciders actually say “gluten free” on the can or bottle – if you see that, you’re golden!

One thing to watch out for is things like Redd’s Apple Ale, which is not in fact cider, and is definitely NOT gluten free.

Yes – every cider that Angry Orchard currently makes is gluten free, including both their base ciders (Crisp Apple, Pear, Rose, etc) and some of their more limited batch ciders (Iceman and The Muse).

Hard cider is having a bit of a renaissance right now in the United States. Cider was actually really popular in the US in the early days. European colonists planted apple trees when they arrived here, and fermenting the juice became common practice because it was the best way to preserve it and avoid the poor quality drinking water – even the kids drank it!

Then a combination of beer and the Industrial Revolution happened, and cider making became a thing of the past. After all, who has time to make cider and tend to the orchard when you’re working 8-10 hours a day? Here’s a good quick read on the history of cider making. And another one. Last one, I promise.

Five years ago when I came back from my London adventure, you almost never saw a cider on tap.

Now, with the simultaneous rise of the craft beer movement and a bigger part of the population avoiding gluten due to celiac disease or gluten sensitivity, you can usually find cider both at your local bar, and also at your local supermarket. There’s even a whole festival devoted to cider that shows up around the country!

Here are five gluten free hard cider brands that you can probably find at either the local bar or your local grocery store and will make a great introduction to the wide world of cider.

Note: I live in California, but spend a lot of time up and down the West Coast – these are the ciders I see in my supermarkets, but your experience may vary in other parts of the country.

Angry Orchard is probably the most popular and widely available cider in the United States. I see their Crisp Apple all the time. All of their ciders are gluten free, and you can usually find it pretty easily at places from grocery stores to the local corner store.

Depending on your tastes, it might be too sweet and syrupy for you. It usually is for me, but I actually enjoy the Rose and the Stone Dry.

One thing that I do appreciate about Angry Orchard is that it introduced the US to hard cider, and paved the way for smaller brands to begin their paths to craft cidermaking.

Strongbow was among the first ciders I ever tried. Little did I know it was all uphill from there!

This is 100% subjective, but Strongbow is usually REALLY sweet and I can’t drink more than one at a time. The exception is their dry cider, which I’ve only ever had abroad. It’s pretty dry, but it also doesn’t taste like much of anything.

They have a few different varieties, and if you like your cider sweet, you’ll probably like Strongbow.

Magner’s markets themselves as the “Original Irish Cider,” and you’ll find it at a lot of Irish pubs across the US.

Of the three so far, Magner’s is my favorite. It’s dryer than Angry Orchard and Strongbow, and more crisp and refreshing. They only make two varieties – Original Apple and Pear – and both are gluten free.

If you like Magner’s, I would recommend diving into the world of “Craft” cider.

The next two hard cider brands are a little more adventurous and further along the spectrum towards small batch craft cider, but I see them all the time at both bars and grocery stores on the West Coast. Both have some more mass market offerings alongside some more adventurous flavor profiles, and are a great next step both if you enjoyed the three ciders above, and if the ciders above were a little too sweet for you.

Since I started drinking cider, one of the brands that I’ve seen grow exponentially is Ace Cider, based in Sebastopol, California.

They have a pretty robust flavor lineup with 9 flavors from the Bone Dry Joker, to sweeter offerings like Pumpkin, a fall release, and Pineapple, a year round cider.

One of the best parts is the fact that all of their cider is certified gluten free, and safe for celiacs.

Try the Joker if you want to try a bone-dry cider with minimal residual sugar, or the Pineapple for an easy-drinking, pleasureable drinking experience. You really can’t go wrong with any of their flavors.

Here’s a store locator where you can check for stores near you that carry ACE.

Crispin was one of the first ciders I really fell in love with, and it’s been cool to see them expand their offerings and distribution over the course of the last five or so years.

The Saint and the Honey Crisp were my introduction to Crispin, which are a little bit on the sweeter side for my tastes but are delicious, but my favorite cider they currently make is the Brown’s Lane, an English-style dry cider that also happens to be certified gluten free! I also see their original cider on tap occasionally at local bars in the Bay Area, but that might be because they are based here in California.

Here’s a store locator to find their ciders near you.

Most of their hard ciders are certified gluten free and safe for celiacs.

Conclusion: Get Out and Try Some  Cider!

Interested in learning more about the world of gluten free hard cider? Check out my guide to the best hard cider brands in America to learn about some of the regional players in the American Cider Scene and go a little bit deeper on what the world of cider has to offer.

For cider-related experiences on the West Coast, check out Schilling Cider House (Seattle and Portland) and Capitol Cider (Seattle) where they have 20+ hard ciders to try, both of which I featured in my guides to Gluten Free Seattle and Gluten Free Portland.

Visiting San Francisco? Check out my guide to gluten free San Francisco featuring Upcider, one of my favorite bars in the city that has over 100 different ciders for you to try! 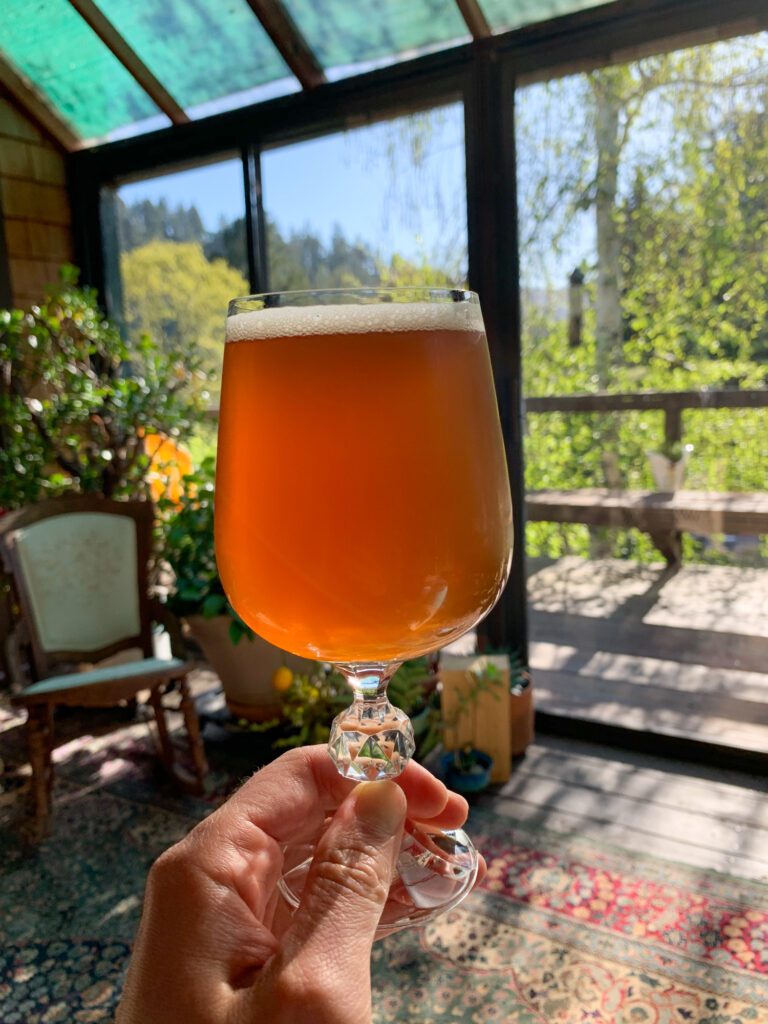 Let’s talk about gluten free beer. When I was diagnosed with Celiac Disease back in 2008, I wasn’t 21 yet (though I was in college), and there were very, very few gluten free breweries around the country. Lucky for me, I lived in Seattle, near Ghostfish Brewing, so the early years of my diagnosis were… 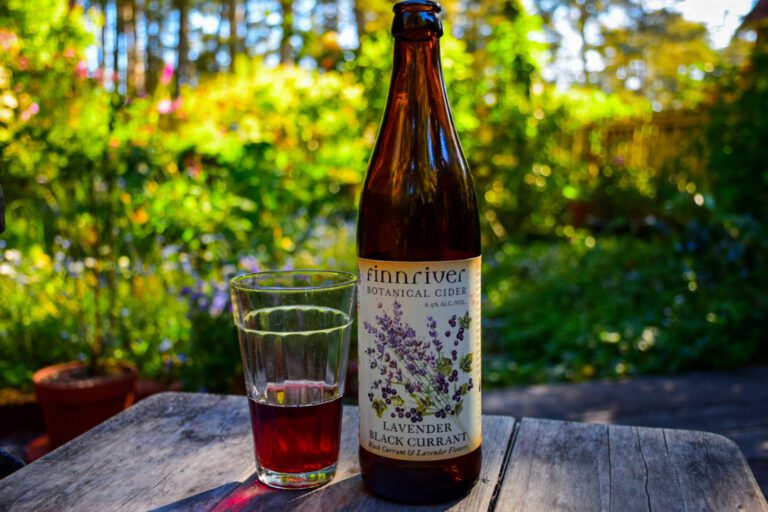 This is the second part of a two-part series on the gluten free hard cider scene in America. Here is my beginner’s guide to gluten free hard cider with five easy-to-find cider brands.  This list was last updated in October 2019, and will be continuously updated as I explore more regional ciders in the future.  Let’s dive a little bit deeper into the world of American craft cider and take a look at ten of America’s best hard cider brands in 2019. Hard cider’s… 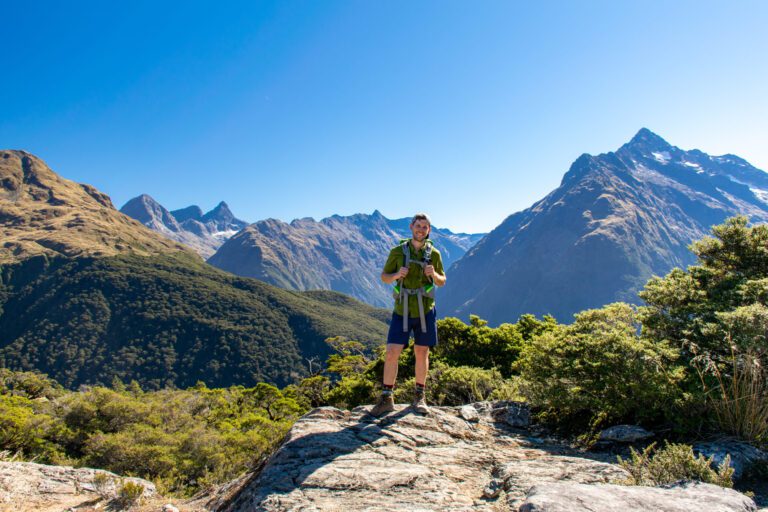 What is the first question people ask when they learn that you have celiac disease? For me, it’s usually “when did you find out? What’s the story there?” The answer is, as it is with most things related to Celiac Disease, “it’s complicated.” This is my Celiac story. I’d love to hear yours. Growing Up:…

We’re Matt and Alysha, the two endlessly curious gluten free foodies behind Wheatless Wanderlust. We believe that travel is about learning, discovery, and connection. When we travel, we always opt for experiences over just having a list of places to check off.

We write detailed travel guides to help you forge deeper connections when you travel, and we’ll hopefully help you discover something new along the way.